The Queensland Literary Awards recognise and celebrate the exceptional literary talents of esteemed and emerging Queensland writers. We are pleased to announce that The Mother Wound by Amani Haydar and Girls in Boys’ Cars by Felicity Castagna have been shortlisted for this year’s awards. For both books, this adds to a growing list of nominations.

As stated on their website, the Queensland Literary Awards celebrate outstanding writers from Queensland and around Australia, across published and unpublished categories. The awards also offer fellowships and development awards for Queensland writers, and emerging Aboriginal and/or Torres Strait Islander writers, Australia-wide.

This is an incredible honour for our authors, and we look forward to the winners being announced on September 8. Register for the live stream here.

The Mother Wound by Amani Haydar 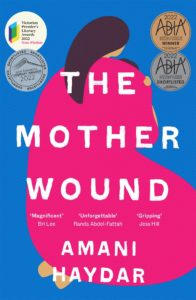 A magnificent and devastating work of art. There is a raging anger here, and a deep sorrow, but at the core Haydar gives us truths about love. This is one of the most important books I’ve ever read.’ Bri Lee

‘I am from a family of strong women.’ 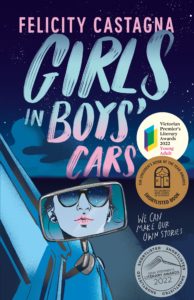 A roadtrip in a stolen car.

The stories that define us.

And two funny, sharp, adventurous young women who refuse to be held back any longer.

Rosa was never really trying to hurt anyone, no matter what they said in court.

But she’s ended up in juvenile jail anyway, living her life through books and wondering why her best mate Asheeka disappeared.

A page-turning novel about a complicated friendship; a road trip through NSW in a stolen car; the stories that define us; and two funny, sharp, adventurous young women who refuse to be held back any longer.