The winners for each category will be annouced at an awards ceremony on 3 February 2022. You can read more about the award and the nominees here. 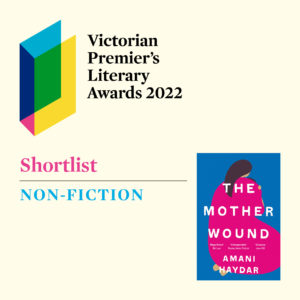 ‘I am from a family of strong women.’ 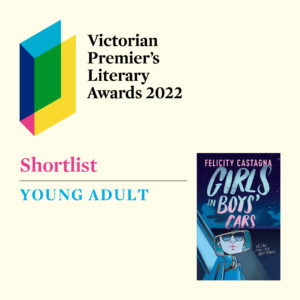 Girls in Boys’ Cars has been shortlisted for the Writing for Young Adults category, one of only three books on the list this year.

A roadtrip in a stolen car.

The stories that define us.

And two funny, sharp, adventurous young women who refuse to be held back any longer.

Rosa was never really trying to hurt anyone, no matter what they said in court.

But she’s ended up in juvenile jail anyway, living her life through books and wondering why her best mate Asheeka disappeared.

A page-turning novel about a complicated friendship; a road trip through NSW in a stolen car; the stories that define us; and two funny, sharp, adventurous young women who refuse to be held back any longer.