The 91-Storey Treehouse is awarded the YABBA for Older Readers

The 91-Storey Treehouse by Andy Griffiths and Terry Denton has won a YABBA Award for Older Readers.

The Young Australians Best Book Awards (YABBA) were established in 1985 by a group of Victorians keen to see children engage in reading Australian books.

During Term 1 each year children across Victoria are asked to recommend their favourite Australian books to other children by nominating four Australian titles.

All nominations are collated and the 10 books with the most nominations in each of the award categories are the shortlisted books for that year. Students are then encouraged to read as many of these books across Term 2 and Term 3 that they can.

All this reading is leading to each student rewarding their very favourite book during the voting process in early Term 4.

As you can see, these awards are particularly special because the winning books are selected by children! Congratulations to Andy, Terry and Jill!

Thanks to all the readers who voted for The 91-Storey Treehouse as their favourite book in the older readers section of the 2018 YABBA children’s voice awards—a great honour! @terrydbooks @jillshouse #treehousetour 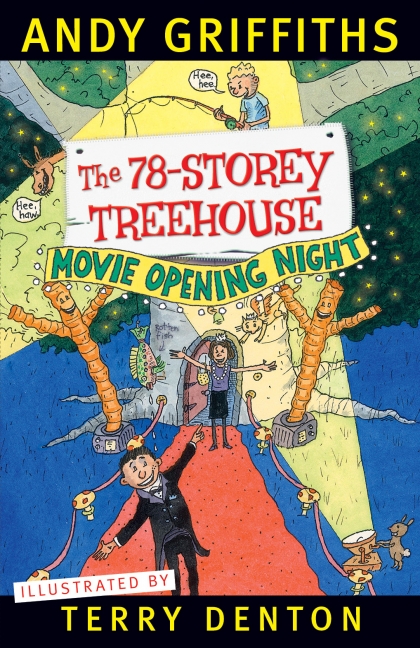